A Phase 2, Multi-center, Open Label Study of NIR178 in Combination With PDR001 in Patients With Selected Advanced Solid Tumors and Non-Hodgkin Lymphoma

The purpose of this phase 2 study is to evaluate the efficacy and safety of NIR178 in combination with PDR001 in multiple solid tumors and diffuse large B-cell lymphoma (DLBCL) and further explore schedule variations of NIR178 to optimize immune activation through inhibition of A2aR.
Inclusion criteria
Exclusion criteria

Male or female patients ≥18 years of age. For Japan only: written consent is necessary both from the patient and his/her legal representative if he/she is under the age of 20 years.Histologically documented advanced or metastatic solid tumors or lymphomas Part 1: histologically confirmed renal cell carcinoma (RCC), pancreatic cancer, urothelial cancer, head and neck cancer, diffuse large B-cell lymphoma (DLBCL), microsatellite stable (MSS) colon cancer, triple negative breast cancer (TNBC), melanoma, metastatic castration resistant prostate cancer (mCRPC) Part 2: histologically confirmed diagnosis of advanced/metastatic NSCLC. For those with mixed histology, there must be a predominant histology Part 3: histologically confirmed diagnosis of selected advanced/metastatic malignancies. Part 3 will be opened to further assess TNBC patients with a PD-L1 SP-142 IC score of 0 (<1%). A second tumor group will be considered for Part 3 after completion of Part 1. Patient (except for those participating in Japanese safety run-in) must have a site of disease amenable to biopsy, and be a candidate for tumor biopsy according to the treating institution's guidelines. Patient must be willing to undergo a new tumor biopsy at screening, and again during therapy on this study. Safety run-in part in Japanese patients can enroll any tumor type included in part 1, 2 and 3.

The collection of recent sample is permitted under the following conditions (both must be met):

Biopsy was collected ≤ 6 months before 1st dose of study treatment and available at the site.

No immunotherapy was given to the patient since collection of biopsy.

- Part 1 - 3 only: Patients (other than those with DLBCL) must previously have received at least 1 and no more than 3 prior lines of therapy for their disease (with the exception of IO-pretreated cutaneous melanoma, HNSCC and RCC), unless considered inappropriate for the patient (e.g. safety concern, label contraindication): Patients with NSCLC must have received a prior platinum-based combination. Patients with EGFR positive NSCLC with a T790M mutation must have progressed on osimertinib or discontinued due to toxicity.

Patients with head and neck cancer must have received a prior platinum-containing regimen.

Patients with bladder cancer must have received a prior platinum-containing regimen or be ineligible for cisplatin.

Patients with renal cell carcinoma must have received a prior VEGF tyrosine kinase inhibitor (TKI).

Patients with MSS colorectal cancer must have received (or be intolerant to) prior therapy with fluoropyrimidine-oxaliplatin- and irinotecan- based regimens.

Patients with triple negative breast cancer:. Part 1: must have received a prior taxane-containing regimen Part 3: should have received no more than 2 prior lines of therapy including taxane-based chemotherapy and should have a known PD-L1 status as per local available testing as determined by VENTANA PD-L1 SP142 Assay with IC score of 0 (<1%) Patients with DLBCL should be limited to those with no available therapies of proven clinical benefit Patients should have had prior autologous hematopoietic stem cell transplantation (auto-HSCT) or determined to be ineligible for auto-HSCT.

Of the 1-3 prior lines of therapy, patients must have received and failed at least one line of treatment after emergence of castration resistant diseasePatients must not have received prior immunotherapy (previous immune checkpoint inhibitors; single agent and/or combination therapy with anti-CTLA-4, anti-PD-1, anti-PD-L1), except for NSCLC patients enrolled in part 3 and Japanese safety run-in part. Patients must have measurable disease, defined as at least one lesion that can be accurately measured in at least one dimension (longest diameter to be recorded for non-nodal lesions and short axis for nodal lesions) as >20 mm with conventional techniques or as >10 mm with spiral computer tomography (CT) scan, Magnetic Resonance Imaging (MRI), or calipers by clinical exam.

Ongoing or prior treatment with A2aR inhibitors. Patients previously treated with A2aR inhibitors for non-oncologic indications (e.g. Parkinson's disease) may be considered for enrollment on a case by case basis.Current or prior use of immunosuppressive medication within 28 days before the first dose of PDR001, with the exception of intranasal/inhaled corticosteroids or systemic corticosteroids at physiological doses (not exceeding equivalent of 10 mg/day of prednisone) History of another primary malignancy except for:

Active or prior documented autoimmune disease within the past 2 years. Patients with vitiligo, Grave's disease, or psoriasis not requiring systemic treatment (within the past 2 years) are not excluded.More than 3 prior lines of therapy except for Japanese safety run-in part. History of interstitial lung disease or non-infectious pneumonitis Systemic anti-cancer therapy within 2 weeks of the first dose of study treatment. For cytotoxic agents that have major delayed toxicity, e.g. mitomycin C and nitrosoureas, 6 weeks is indicated as washout period. For patients receiving anticancer immunotherapies, 4 weeks is indicated as the washout period. GnRH therapy to maintain effective testosterone suppression levels is allowed for mCRPC patients.

Other protocol-defined exclusion criteria may apply. 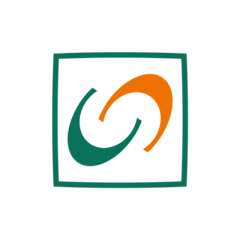